The Bob Eatt Foundation was established in early 2013 out of the Estate of the Late Lloyd George Robert (Bob) Eatt. The idea was a benevolent initiative of Bob in his later years. The Foundation is dedicated to serving and supporting the silent heroes and most vulnerable of our community.

The man that was 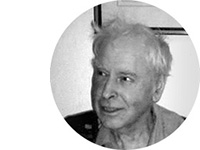 Lloyd George Robert (Bob) Eatt was born in Melbourne on 7 February 1927 and lived at the family home all his life in Barrett Street, Albert Park with his mother. Bob was a loner and never married but kept himself fully occupied with his loves of film, surreal art, model trains and various inventions. He was employed at the Post Master’s General Office in Spencer Street for about 50 years. Bob was very generous. So much so that he used to complain about all the phone calls he received from the various charities because of his history of giving. He must have been on the top of their lists! Bob was ahead of his time in terms of re-cycling. He never threw anything away! He made all his model train landscapes by hand with recycled materials and was a ‘Jack of all trades’.

The Foundation invests its seed capital (Bob’s estate) to produce a long-term, sustainable income stream from which it intends to provide significant, ongoing donations to organisations that do not receive any government funding but whose input is an essential part of the community fabric.

The Bob Eatt Foundation is currently focusing on supporting organisations that conduct research into, or provide support to, causes relevant to medical science, improving the health and financial status of the broader Australian community and the protection of vulnerable women and children.